To share your memory on the wall of Sam E. Mangrum, sign in using one of the following options:

Provide comfort for the family by sending flowers or planting a tree in memory of Sam E. Mangrum

Provide comfort for the family of Sam E. Mangrum with a meaningful gesture of sympathy.

Sam was born January 20, 1930, in Mineral Wells, Texas, to W.J. and Lorene (Jordan) Mangrum. He was a veteran of the United States Army and the National Guard. Sam was a loving father, grandfather, great-grandfather and great-great grandfather. He was hardworking, an astute businessman and for many years owned and operated Mangrum Air Conditioning in Stephenville. He had a passion for antique cars and rebuilt Model T Fords, giving each of his four children one of his lovingly remodeled cars. Sam was a member of the Commemorative Air Force, the Boy Scouts of America and served on the Lacy Lakeview City Council for several years. He was a member of the First United Methodist Church in Lacy Lakeview.

To send flowers to the family or plant a tree in memory of Sam E. Mangrum, please visit our Heartfelt Sympathies Store.

Receive notifications about information and event scheduling for Sam E.

We encourage you to share your most beloved memories of Sam E. here, so that the family and other loved ones can always see it. You can upload cherished photographs, or share your favorite stories, and can even comment on those shared by others.

Chris, Stacie, Kendyl and Danny Croft, Jeff Roper & Carrier Enterprise, and others have sent flowers to the family of Sam E. Mangrum.
Show you care by sending flowers

Posted May 08, 2019 at 05:09pm
So sorry to hear of Sam's passing - we have you all in our thoughts and prayers. Charles & Susan Moran Janek
Comment Share
Share via:
LA

Posted May 07, 2019 at 09:14pm
My deepest condolences to Linda, Bobby and Joanne and the rest of the family. Sam will forever have a place in my heart and I was so blessed to be one of his nurses. I will miss that sweet smile! Fly high with the Lord sweet angel!

Posted May 06, 2019 at 08:39pm
Wishing you peace, comfort, and the courage to face the days ahead. Please know that you are in our thoughts and prayers.

Posted May 06, 2019 at 08:18am
Please accept our most heartfelt sympathies for your loss... Our thoughts and prayers are with you and your family during this difficult time. 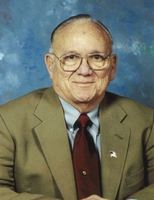