To share your memory on the wall of William E. Welstead, sign in using one of the following options:

Provide comfort for the family by sending flowers or planting a tree in memory of William E. Welstead

Provide comfort for the family by sending flowers or planting a tree in memory of William E. Welstead

Bill was born in Fremont, Nebraska on December 5, 1926 to William E. and Stella Denny Welstead. He attended school in Fremont and upon graduation entered the Army. During WWII he served in the Pacific theater and was Sgt Major with the Corps of Engineers on his discharge. Upon his return from the Army, he married Vickie Westphal on June 15, 1947. They had three children, six grandchildren and five great-grandchildren. Bill worked for an insurance and small loan company, a commercial bank, and the Veterans Administration. He ran the servicing, foreclosure, and liquidation of defaulted loans for the GI loan program in Nebraska, Arizona, Montana and Texas. They moved to Texas in 1970, and Bill retired as Asst. Regional Director of the VA in 1986.

Bill was a freemason for 70 years and served as Worshipful Master of the Fremont Nebraska lodge in 1951. He was active in the Kiwanis Club of Waco Seniors. Vickie and Bill were active members of churches throughout their travels and were members of Woodway First United Methodist.

He was preceded in death by his parents; brother, Marvin Welstead and his wife, Jean.

The family would like to thank everyone associated with Ascension Providence and especially their multitude of compassionate caregivers.

To send flowers to the family or plant a tree in memory of William E. Welstead (Bill), please visit our Heartfelt Sympathies Store.

Receive notifications about information and event scheduling for William E.

We encourage you to share your most beloved memories of William E. here, so that the family and other loved ones can always see it. You can upload cherished photographs, or share your favorite stories, and can even comment on those shared by others.

Posted Mar 31, 2021 at 10:01am
Thank you for the opportunity to care for your loved one. You are in our thoughts and prayers.
Comment Share
Share via:
SW

Posted Mar 28, 2021 at 12:42pm
Mark, So very sorry to learn of your Dad’s death. Truly, you and your entire family are in my thoughts and prayers. Sincerely, Sharon Whitley
Comment Share
Share via:
DW

Posted Mar 27, 2021 at 06:08pm
Our sympathy to the Welstead family during this time of loss. It's never easy to say goodbye to a beloved family member; however, we can rejoice that Bill was a believer! Our condolences to Mark, Carol and their extended family. Dave & Ann
Comment Share
Share via: 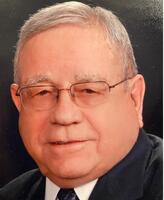 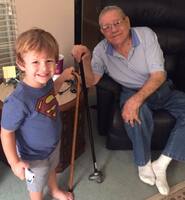 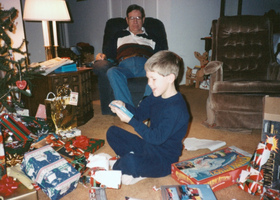