To share your memory on the wall of Walter Trautschold, sign in using one of the following options:

The third child of Carl Alexander Trautschold, Jr., and Sara Don Cocke, Walter grew up in Waco, attended St. Mary’s Catholic School and St. Alban’s Episcopal School, and graduated from University High School. Walter moved to Houston, Texas, after graduation and worked in horticulture and landscape design until a severe motorcycle accident altered his life. Walter’s extensive rehabilitation included relearning how to walk and talk. His recovery was aided by Dr. Stanley Seaton, a childhood friend of Walter’s stepfather, H. Wallace Wright, who founded Tangram Ranch in San Marcos as an experimental rehabilitation facility for persons with brain injuries. Dr. Seaton’s work with Walter transformed the field of psychiatry, demonstrating that the brain can heal through intensive, long-term therapy. After three years at Tangram Ranch, Walter returned to Waco. He then moved to Granbury, Texas, and worked as a quality and safety inspector for the construction of Comanche Peak Nuclear Power Plant. After the completion of the power plant, Walter returned to Waco where he worked at the family meat processing plant until his retirement. Clients on his delivery route became fast friends and looked forward to their regular visits with Walter.

Walter was admired for his sharp wit, conversational knack, and compassion for others. Like his mother, he loved science, engineering, and reading and, given the opportunity, Walter would tell you in great, great detail about his latest ideas and inventions.

To send flowers to the family or plant a tree in memory of Walter Cocke Trautschold, please visit our Heartfelt Sympathies Store.

Receive notifications about information and event scheduling for Walter

We encourage you to share your most beloved memories of Walter here, so that the family and other loved ones can always see it. You can upload cherished photographs, or share your favorite stories, and can even comment on those shared by others.

Love, Carl, Misty and the Boys sent flowers to the family of Walter Cocke Trautschold.
Show you care by sending flowers

Posted Sep 22, 2020 at 01:24pm
My favorite scripture is Revelation 21:3, 4. It reads: “God himself will be with them. And he will wipe out every tear from their eyes, and death will be no more, neither will mourning nor outcry nor pain be anymore. The former things have passed away.” I look forward to seeing my friend Walter again in God’s promised new world.

I am confident that God will miss Walter and will restore him to life. “In the grave you would conceal me…You will call, and I will answer you. You will long for the work of your hand.” - Job 14: 13, 15

This promise says it all. My condolences and prayers go out to Walter’s family and friends who have lost someone they love. Jesus assures us, “for the hour is coming in which all those in the memorial tombs will hear his voice and come out.” (John 5:28, 29) Walter, you will see that promise fulfilled.

Love, Carl, Misty and the Boys

Posted Sep 19, 2020 at 07:13pm
You are in our prayers as you mourn the loss of Walter. He brought so much joy to friends and family alike. The world is a lesser place without him.

Love, Carl, Misty and the Boys purchased flowers for the family of Walter Trautschold. Send Flowers 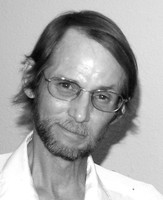