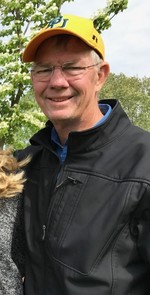 Roger worked for Robinson ISD and Waco ISD as a coach and PE instructor for 28 years, and later in life worked for Waco Transit as a driver. He was faithful servant of God and attended Highland Baptist Church where he became a deacon.

He was a kind and wonderful man of God. He loved his wife and children more than can be described. He always put others before himself even in his sickness. He will be greatly missed.

Visitation will be 6-8 p.m. Tuesday, May 21, at OakCrest Funeral Home.

The graveside service will be at 11 a.m. Wednesday, May 22, at Oakwood Cemetery in Waco, followed by a Memorial Service at 2 p.m. at Highland Baptist Church Chapel, Waco, Texas.