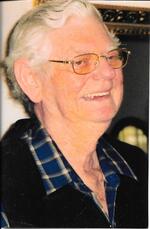 Oscar “Royce” Rhodes, 85, left this world February 23, 2021. He was born October 21, 1935 in Thornton, Texas to Oscar Ralph Rhodes and Georgia Illene Gillihan Rhodes. He graduated from Harlandale High School in San Antonio in 1954. In 1955 Royce joined the Air Force and spent 2 years in Japan working as crew chief repairing jet fighter planes. He was proud of his time in the military. He worked as a civil service computer technician at Fort Hood and retired to Lake Limestone in 2011. Royce was a member of the Methodist Church.

Graveside services will be at 1pm on Saturday, March 27 at Waco Memorial Park.