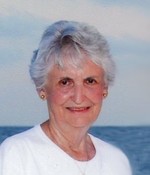 Marian Edith (Hulen) Harris passed away peacefully at home on June 27, 2019. Funeral services will be Monday, July 1 at 10:00 A.M. at Oakcrest Funeral Home at 4520 Bosque Boulevard in Waco, Texas with graveside service to follow at Oakwood Cemetery. Visitation will be on Sunday, June 30 from 5:00 to 7:00 PM at Oakcrest.

Marian was born in Detroit, Texas to Needom and Jettie Hulen on October 24, 1930. She married Newton L. Harris on February 20, 1947 and he remained the love of her life for seventy two years.

Marian’s dedication to her Lord was demonstrated continuously in her commitment to her husband and to her children. She was a wonderful Mom who always placed the well being of her family before her own. Her selfless approach to life will never be forgotten among her four children.

Marian worked and excelled at several employment opportunities. She was a dedicated employee for First Federal Savings and Loan in Waco. Her most enjoyable success was achieving her real estate license and selling several properties while residing in Arlington, Texas.

Her family, which include ten grandchildren and eighteen great grandchildren, with two more on the way, will remember her fondly. Her chicken fried steak and holiday pies will be especially remembered by anyone who was fortunate enough to be invited to her home or holiday celebration
Marian had four devoted and loving caregivers, Rose, Rosie, Janie and Berta, to which the family is eternally grateful.

Marian was preceded in death by her mom and dad, sister Dorothy Phillips, along with brothers, Needom Roger (Snook), James and Paul Hulen.