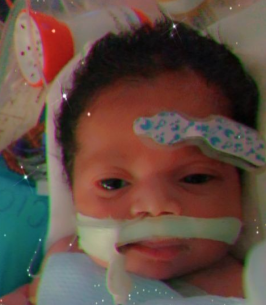 During his short time with his parents and family, he brought a great deal of joy to them, and all others who came in contact with him. Kyng left a giant footprint of love and faith.