To share your memory on the wall of John W. Fulbright, sign in using one of the following options:

Provide comfort for the family of John W. Fulbright with a meaningful gesture of sympathy.

Print
On the evening of June 14, 2019, John Wilbur Fulbright, our beloved husband, father, grandfather, brother, uncle, cousin, and friend, joined Our Lord and made heaven a better place, at the age of 95.

John Fulbright was born in Waco, Texa... Read More
On the evening of June 14, 2019, John Wilbur Fulbright, our beloved husband, father, grandfather, brother, uncle, cousin, and friend, joined Our Lord and made heaven a better place, at the age of 95.

John Fulbright was born in Waco, Texas on July 25, 1923, to Henry Grady and Anne Beaty Fulbright. He was the second of six children. He attended Sacred Heart Academy and Waco High School, where he made lifelong friends.

In 1940, John began attending Texas A & M University, where he studied engineering. His brothers Lloyd and Ed would later follow his lead by also enrolling in engineering at A & M. John was so very proud to be a Fightin' Texas Aggie.

On June 11, 1942, John and his entire class enlisted in the U.S. Army. John recounted, "I don't remember anyone asking whether we wanted to join up, but we all did."

John continued his education until 1943, when he was ordered to report for basic training. He went to officer's candidate school at Camp Davis, N.C., before joining the allied forces in Italy. During WWII, John served with the 34th “Red Bull” Infantry Division, 109th Engineering Battalion, building bridges to move supplies in support of our troops.

After the war, John returned home to Texas and received his law degree from a "little trade school in Austin" called The University of Texas. (John's words) It was during his time at UT that John met the love of his life, Anna Loreace Janicek. They married on October 22, 1949.
After two years of peace, they decided to grow their family, but finding the off switch proved challenging. In 1951, they rejoiced in the birth of their first child, a girl! (Kathy's words) Over the next fourteen years, they expanded their family. Five boys in succession were born, and finally, in 1965, they again rejoiced at the arrival of their second girl! (Carole's words)

In 1953, to support his growing family, John and Charles Koehne formed a law firm. They were soon joined by Sherm Winniford. John became one of the most respected attorneys in Waco, and his law firm grew and is held in the highest esteem. John practiced law till he was 75 years old. Today, the firm operates under the name Fulbright Winniford.

John loved and cherished his family and he showed it. One of his greatest joys was to take his beautiful wife and children to the beach in Port Aransas. This was a yearly summer expedition and usually had attendance of 40 to 45 children, spouses, grandchildren and great grandchildren. And Sunday Mass was part of the package, just like at home. Memories from these magical trips will remain with all of us forever.

If you ever had any one-on-one time with John, you knew he had a sincere interest in what was happening in your life. He asked questions. He wanted to know. Being with John felt like sitting next to a warm fire; his love radiated and warmed each of us as he listened and considered. His entire being expressed unconditional love. He made you feel right at home. And he taught us that unwavering strength could be as gentle as a whisper.

John loved God and his church, and his life reflected that. In his UT Law days, he initiated a fundraiser for the construction of the Catholic Student Center at the University of Texas at Austin. In later years, he participated in Monsignor Mark Deering's Building Committee for the construction of St. Louis Church.
Additionally, he assisted the Bishop of Austin in locating and purchasing the land for the Catholic Student Center at Baylor University. He was a long time member of the Serra Club which promoted vocations to the priesthood.

John participated in and supported the Knights of Columbus, Friends for Life, Habitat for Humanity, and the Reicher High School Booster Club. He served as the president of the school board at Reicher. He was a member of the Providence Hospital Advisory Board and the City of Waco Aviation Committee, which promoted increased commercial airline flights to Waco.

For those of us lucky enough to know John, he always had one more story. And those stories consistently reflected the humor, humanity and goodness that John unfailingly found in his fellow man.
The family wishes to express the deepest gratitude to John Fulbright Jr. who has been a constant presence in John's and Anna's lives and did what was needed on a daily basis to assist John in his final years.
John was preceded in death by his father Henry, his mother Anne, and his three brothers Buddy, Lloyd, and Ed.

We encourage you to share your most beloved memories of John W. here, so that the family and other loved ones can always see it. You can upload cherished photographs, or share your favorite stories, and can even comment on those shared by others.

Rusty, Ron and your family at Alliance Materials, The Salome Family, and others have sent flowers to the family of John W. Fulbright.
Show you care by sending flowers

Posted Jun 21, 2019 at 10:16pm
Grateful for Mr. Fulbright and his amazing contribution to St. Louis and our entire community, what a high bar he has set for us all. Praying for him and all his family and friends.
Comment Share
Share via:
HS

Posted Jun 20, 2019 at 10:08am
Please accept our most heartfelt sympathies for your loss... Our thoughts are with you and your family during this difficult time.

Flowers were purchased for the family of John W. Fulbright. Send Flowers

Posted Jun 19, 2019 at 09:00pm
I can hear john’s laugh now. Truly a great man with compassion for all that knew him.
Prayers for the family.
Comment Share
Share via:
RM

Rusty, Ron and your family at Alliance Materials

Rusty, Ron and your family at Alliance Materials purchased flowers for the family of John W. Fulbright. Send Flowers 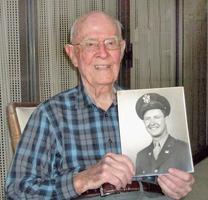 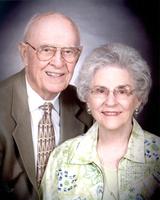 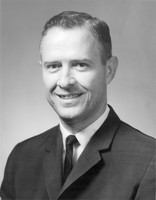 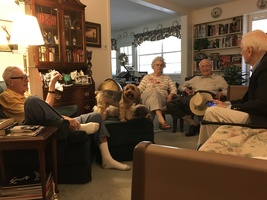