To share your memory on the wall of Herbert Houston, sign in using one of the following options:

Provide comfort for the family of Herbert Houston with a meaningful gesture of sympathy.

Herbert D. Houston, age 92 went to be with his Lord and Savior on June 8, 2019. Funeral Service will be Wednesday, June 12, 2019 at Cogdell Memorial United Methodist Church at 2 P.M. Immediately after service, committal will be at Little River-Wilson Valley Cemetery with full military honors. Visitation will be at Oakcrest Funeral Home on Tuesday, June 11, 2019 from 5-7 P.M.

Herb was born October 7, 1926 in Little River, Texas to Ozzie Ruth and Morris Dell Houston. He graduated from Little River Academy High School. He joined the US Army in 1944. He attended Temple Junior College after he returned from Japanese Occupation after WW2. He went to work for the Veterans Administration Hospital in Temple, Texas. After many years in Temple he received training in hospital administration in Dallas. He then went to work in many different locations in the VA Hospital system. He married Marlene Ledeboer on October 24, 1970 in Dallas, Texas. He continued to work for the VA Hospital system in Saginaw, Michigan; Tacoma, Washington; Grand Rapids, Michigan; Wichita, Kansas and finally back to his beloved Texas at the Waco facility. Herb retired in October 1986.

Herb was an active member of Cogdell Methodist Church for the last 41 years. Herb loved his Lord and served Him in many capacities throughout his lifetime.

His grandsons will serve as pallbearers.

We encourage you to share your most beloved memories of Herbert here, so that the family and other loved ones can always see it. You can upload cherished photographs, or share your favorite stories, and can even comment on those shared by others.

David & RhondaHerman, Cotton and Kathleen Liles, and others have sent flowers to the family of Herbert Houston.
Show you care by sending flowers

Posted Jun 11, 2019 at 07:22am
Please accept our most heartfelt sympathies for your loss... Our thoughts are with you and your family during this difficult time.

From your Dell family

Posted Jun 10, 2019 at 03:56pm
Please accept our most heartfelt sympathies for your loss... Our thoughts are with you and your family during this difficult time.

From your Dell family purchased flowers for the family of Herbert Houston. Send Flowers 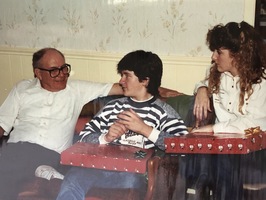 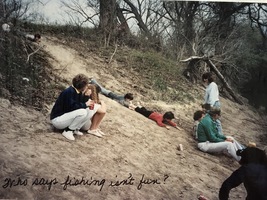