To share your memory on the wall of George Neel, sign in using one of the following options:

George Neel was born April 4, 1945, in Waco to Alfred and Martha Neel. He graduated from Richfield High in 1963 then attended Abilene Christian University where he met his true love, Pat Patterson, in "the Bean”. They were married July 27, 1968 in Dallas recently celebrating 52 years of marriage.

George served as a salesman, district manager, and sub-regional manager for Combined American Insurance Company for 20 years. After retiring, he managed Al’s Cleaners in West, Texas, which had been established by his father.

Being the fourth child of six, George reveled in being part of a large Christian family. He was baptized into Christ at Columbus Avenue Church of Christ and was a current member of New Road Church of Christ.

George had a humorous personality and a great enthusiasm for life. He enjoyed several activities such as coaching Little League, sporting events, oil and acrylic painting, gardening, his Civil War collection, and studying the Bible. George was a great encourager, always interested in other people. It was a joy to talk to George because he made worries and problems seem less so, for his faith in God was great.

George is preceded in death by his parents, Martha and Alfred Neel, and his brother, Al Neel, Jr.

Survivors include his loving wife, Patricia Neel of Lorena, sons George Neel, Jr., and wife, Marla, of Euless, and Grant Neel of Lorena, and daughter, Jennifer Beard of Lorena. Poppy is also survived by his beloved grandchildren: Trevor and Haley Beard, Bryson and Garrison Neel, and bonus grandson, Haden Beard. Other survivors include his four sisters, Marjorie Peters of West, Lana Zahirniak of Waco, Diane and husband, Gary Parma, of West, and Debbie and husband, Steve Dunn, of Hewitt and sister-in-law, Wanda Neel of Edmond, Oklahoma.

In lieu of flowers, donations may be made to the American Kidney Foundation or the Lorena Volunteer Fire Department.
Read Less

To send flowers to the family or plant a tree in memory of George Neel, please visit our Heartfelt Sympathies Store.

Receive notifications about information and event scheduling for George

We encourage you to share your most beloved memories of George here, so that the family and other loved ones can always see it. You can upload cherished photographs, or share your favorite stories, and can even comment on those shared by others.

Posted Dec 17, 2020 at 03:44pm
To George Neel family,
We are so sorry for your loss of George. We have many fond memories of past times. May God comfort you during this time of grief.
Doug & Bobbie Allred
Comment Share
Share via: 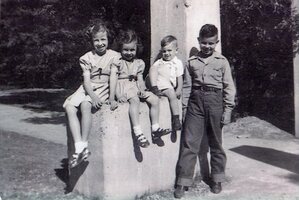 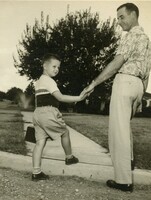