To share your memory on the wall of Douglas Elbert, sign in using one of the following options:

Provide comfort for the family of Douglas Elbert with a meaningful gesture of sympathy.

Doug’s early years were spent on the family farm in Bellevue, Wa. doing all the chores that country living required, from milking cows before going to school, to raising and then helping to butcher the chickens (often for Sunday dinners), feeding the pigs and other animals we accumulated during those years, harvesting the hay for winter feed, etc.
From growing and harvesting the vegetable garden, to pruning and picking the fruit and nut trees, Doug grew up with a love for the farm and a work ethic of responsibly caring for both the animals and the crops that we raised. This interest led him later on in High School to become active in the FFA. (Future Farmers of America).

Doug’s faith in God was encouraged and nurtured early on, especially by our mother, and by the Holy Names Sisters who came weekly to our country church teaching us from the Baltimore Catechism. There was no Catholic school in Bellevue, in those days, so we would ride our bikes the 2 1/2 miles to church and back for Sun mass and Sat catechism.
From Bellevue High School, Doug joined his two older brothers at St Martin’s High School and then St Martin’s College. Those were good years for Doug as he excelled in academics and participated in school activities like the schools boxing team, along with his brothers.

After college, Doug, along with his brother Don, entered the United States Air Force where he proudly served his country for 4 yrs. After returning from service, Doug attended and graduated from Seattle University, earning a degree in accounting. He then worked as an accountant for the city of Seattle.

Doug began working with Recovery, Inc., a self-will mental health organization that was begun by Dr Abraham Low in Chicago. Doug started many chapters of Recovery, Inc. and eventually moved to Chicago where he became the executive director for several years. Doug’s next job was in Denver, but he did not like the winters there. When a job opportunity opened up in Dallas, Texas, he was happy to settle down there.

Doug and Janith met and married in 1979 then moved to Nacogdoches, Texas.
Doug worked for East Texas Legal Services, in Nacogdoches, for the next 24 years. He and Janith moved to Waco upon retirement to be around her family and enjoy the remaining years of their life together. He also enjoyed visiting with his daughter and grandchildren in Washington. He was able to spend more time with church and volunteer activities in his retirement years.

After 40 years of marriage, Janith passed on to Heaven, a few months ago, and Doug was ready to join her as soon as possible. His gentle heart and kind personality will never be forgotten. He was a man of honesty and integrity; kindness and consideration. He was firm in his beliefs and in his values. He was a good big brother and I will miss him. I love you Doug. Your sis, Carol
Read Less

We encourage you to share your most beloved memories of Douglas here, so that the family and other loved ones can always see it. You can upload cherished photographs, or share your favorite stories, and can even comment on those shared by others.

Posted Nov 18, 2019 at 09:56pm
Ms. Carol, I am deeply saddened of the passing of Doug. I worked with him at Mailmax Direct. He was always my favorite person and he would come into my office and sit and talk with me. Sometimes even sitting to have lunch with me. He found out about my love of Elvis through our many talks and would bring articles and many stories, like when he saw Elvis when just starting out. For my birthday, he gave my some Elvis stamps he ordered and for Christmas one year, he gave me an Elvis clock for my office. He was always a very giving man, not just presents but the gift of taking the time to talk and lend an ear or shoulder. Doug was a great, great man and I have missed him for several years and thought of him often. My thoughts and prayers are with you and your family. Sincerely, Stacey Roberts
Comment Share
Share via:
JM

Posted Nov 14, 2019 at 09:27am
Dear family, I offer this small token to recognize two amazing people who blessed my life beyond measure, Janith and Doug. Praying for all of you.

Posted Nov 10, 2019 at 02:24pm
To Doug's Family and friends. We are so very sorry to just find out about Doug's passing!! And so close to Janith's passing A little over two and a half month's apart!! My wife and I worked out at Mars Plant with Mrs, Jennie, for a long time!! Thought's/Condolences/Prayers to 'each'of you!! And please try to remember the good fun times that we have had with Doug!! May Doug Rest-In-Peace!! Ronny/Janet Bredemeyer(M&M Mars retired[me 2001] my wife 2010)!! Peace be with you!! It was hard enough to loose Janith, Now, we are going to have to figure out how to deal with loosing Doug!! GOD bless 'each' of you!!
Comment Share
Share via: 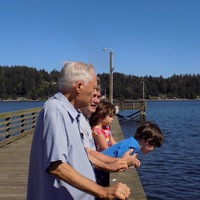 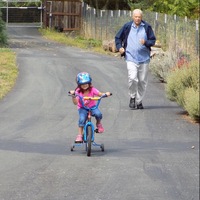 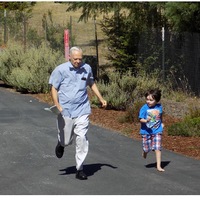