To share your memory on the wall of Donald Nunn, sign in using one of the following options:

He grew up in Waco and attended Waco schools. After high school Don served his country in the US Army and TX National Guard where he was recognized as a M-1 Rifle Marksman. He later enlisted in the US Navy, receiving the Navy Commendation Medal. Don had many hobbies, but fishing was at the top of the list. He looked forward to his Sunday’s attending Hubbard Cowboy Church and above all things he loved the Lord, his wife of 51 years and spending time with his family.

He was preceded in death by his parents; brothers, Charles J and Roscoe Nunn; and his son, Donald Ray Nunn, Jr.

Don leaves behind his loving wife, Corrine “Connie” Nunn; son, Sean Nunn and wife, Sherry; and 2 daughters, Djuna and Kimberly. He will be greatly missed by his grandsons, Kyle Nunn (wife Lindsey), and Clayton Nunn and great grandson, Wyatt Nunn along with three bonus grandchildren and 5 bonus great grandchildren. He also leaves behind brother, Travis Nunn and wife, Gayle; and two sisters-in-law, Sherry and Cyndie.

The family would like to thank everyone for their thoughts and prayers over the last several weeks and the healthcare staffs caring for him. In lieu of flowers, the family has requested donations be made to the Hubbard Cowboy Church, Attn: Building Fund, PO Box 278, Hubbard, TX 76648.
Read Less

To send flowers to the family or plant a tree in memory of Donald Ray Nunn Sr., please visit our Heartfelt Sympathies Store.

Receive notifications about information and event scheduling for Donald

We encourage you to share your most beloved memories of Donald here, so that the family and other loved ones can always see it. You can upload cherished photographs, or share your favorite stories, and can even comment on those shared by others.

Posted Dec 14, 2020 at 11:07am
Don was a great guy, who fiercely loved his wife and family. He always had a joke or funny comment to share and gave the best, firmest handshakes. Connie and family, I am sorry for your loss of a fine man, husband, father, and grandfather.
Comment Share
Share via:
PW

Posted Dec 13, 2020 at 07:54pm
Connie I am SO sorry to read of Don's passing. I was shocked. I feel so bad not getting out there to see you. We have been staying at home and I never leave the house. Rusty goes fishing a lot with his brother that lives out there. I have thought of y'all SO MUCH! I am hoping to come by the FH Monday. I am praying for you and the family. Miss you.
Comment Share
Share via: 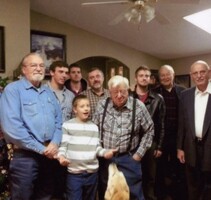 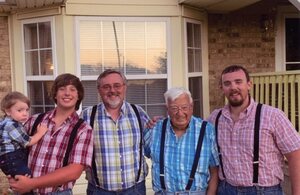