To share your memory on the wall of David Fornoff, sign in using one of the following options:

Provide comfort for the family of David Fornoff with a meaningful gesture of sympathy.

Dave, his wife Dottie and their family moved to Waco in 1974 after he led the effort to select Waco as the location of the first Mars candy factory west of the Mississippi. His site selection team chose Waco above numerous finalist locations in central Texas, Oklahoma and Colorado. Dave then supervised the construction of the plant as Engineering Director, and was later appointed Vice President and Plant Manager, a position he held until his retirement in 1989. The factory has operated continuously since 1975, employing thousands of Central Texans over decades of manufacturing Snickers, Starburst and Skittles. Dave and Dottie have been the hub of a group of a cohesive group of friends transplanted to Waco from around the world.

Dave Fornoff was active in the Waco community. His love of philanthropy led him to serve roles such as trustee at Austin College, president of Ridgewood Country Club, elder at First Presbyterian Church, logistics chair of the annual Waco/McLennan County Library book sale, Rotarian, Meals On Wheels volunteer, and benefactor of McClennan Community College and the Mayborn Museum.

Dave was known for his kindness, generosity, and even temperament. He had a steadfast dedication to Dottie. And, he could always be counted on for an ever-present sense of humor. Dave enjoyed the companionship of friends as they spent time playing golf and tennis at Ridgewood Country Club, as well as casual and competitive bridge. He loved travelling, and covered the all seven continents of the world with Dottie. Dave was happiest when reading a good book and spending time with family on a Jersey Shore beach.

David Fornoff was the son of Arthur Phillip Fornoff and Florence Bell Fornoff. He was born in Glen Ridge, New Jersey, graduated from Bloomfield High School and earned a Bachelor of Science degree in Chemical Engineering from Lehigh University in 1950.

Dave met his wife, Dorothy Richards Fornoff, when he was a college student at Lehigh University in Bethlehem, PA and she studied at nearby Cedar Crest College. Upon graduation, they married on November 11, 1950 in Newark, NJ, and raised four children: Richard, Susan, Thomas and Mary. Before moving to Waco, their family homes were in Glen Ridge, NJ; Sparta, NJ; and River Forest, IL.

Dave was preceded in death by his parents and his sister, Janet Hauber. He is survived by his wife of 68 years, Dottie; their four grown children, Rick Fornoff, Susan Fornoff, Tom Fornoff and and Mary Beathard. They have seven grandchildren and two great grandsons.

Memorial gifts donated in Dave’s honor could be directed to one of the many organizations he cared deeply about, including the First Presbyterian Church of Waco, Caritas, Austin College, McClennan Community College, Mayborn Museum, Mission Waco and Meals on Wheels
Read Less

We encourage you to share your most beloved memories of David here, so that the family and other loved ones can always see it. You can upload cherished photographs, or share your favorite stories, and can even comment on those shared by others.

Posted Apr 24, 2019 at 11:54am
Dottie and family- we are saddened to learn of your loss. Dave was a wonderful boss and friend. God bless.
Comment Share
Share via:
TF

Posted Apr 21, 2019 at 01:57pm
To Mrs, Fornoff, Sue, and the rest of Dave's Family and Friends. we are very sorry to hear/see/read that Dave has passed away. And most of us did not know that he was in a Retirement Center, Dave was a good man, a great Plant Manager, and a good Friend!! and he plus 4 others came to Waco to check on things before the Plant was ever built!! I believe the late Marty Ginane, the late Howard Mitchell were two of the 4. The Ground Breaking Ceremonies were in 1974, and the Plant was completed in late 1975. The First Maintenance Mechanics were hired in 1975, and the First Production Associates were hired in January 1976. production started 6 months(September 1976) after I was hired on March 22, 1976. I really loved my job my job!! and retired June 1st 2001, after I put in my 25 years. Again we are very sorry for Dave's passing!! May GOD grant 'each' of you peace!! Please try to remember all og the good/fun times that you have had with Dave through all of the years!! And may GOD help 'each' of you in the coming days/weeks/months/years!! Again ,May GOD bless you all!! In Christian Love, Ronny Bredemeyer(25 years retired Mars Associate). Janet Bredemeyer(18 years retired Production Associate)!!
Comment Share
Share via:

What a lovely remembrance. Thank you Ronny!
D

Posted Apr 20, 2019 at 09:35pm
My condolences to the Fornoff family during this difficult time. In the Bible, Jehovah God gives us hope. Acts 24:15 says, “there is going to be a resurrection of both the righteous and the unrighteous.” Revelation 21:4 says, “and he will wipe out every tear from their eyes and death will be no more.” Very soon we will see the fulfillment of these promises here on Earth. We hope you find comfort in God’s promises.
Comment Share
Share via:
DB

Posted Apr 20, 2019 at 03:38pm
I have the fondest memories of Uncle Dave. I am so happy that he had the opportunity to live his life to the fullest. I always loved hearing the stories of his travels with Aunt Dottie. My thoughts and prayers go out to the cousins and dear Aunt Dottie. Love from the Cahill’s, Debbie, Sam, Magnolia and Benton
Comment Share
Share via: 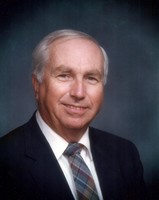 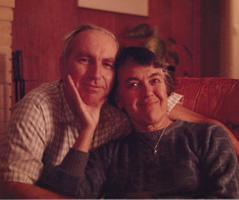