To share your memory on the wall of Albert Saenz, sign in using one of the following options:

Provide comfort for the family of Albert Saenz with a meaningful gesture of sympathy.

He attended San Jose State University where he received his degree in Mechanical Engineering. Following college, he married and had three precious babies; Alyssa, Kari and Philip. He was undeniably the most devoted father on the planet. And the most fun. After his divorce, he fell in love with and EVENTUALLY married Vicki, and evened out the boy/girl quota with Albert. He was precious too!

His professional career started in the Silicon Valley where he co-authored several patents and worked on ground breaking technologies. After Vicki’s father’s health began to deteriorate, they moved to Texas and started R.O.I. Windows and Doors. Nobody worked harder than Al. Seriously. The young guys had to tell him to take breaks. After a full day with work, he was the first to help out anyone – often before they asked, fixing trailers, trimming trees, home repairs. Anything and everything.

Al was a natural athlete. When the kids were young, every kid wanted to be at our house because there was always going to be a game of tag, hide and seek (this never stopped after childhood), football game (he was always the quarterback), or baseball. He helped with coaching on every team in every sport his kids played. He could honestly master any sport within minutes, exasperating everyone that had worked for years on their skills. He loved to fish and carried his rods and reels with him in his van in case he happened to have time to kill between appointments near a body of water. He also could go a year without swinging a golf club and still shoot around an 82, (without cheating) irritating everyone that played twice a week. Many people never knew he was an amazing artist.

Al loved everyone and everyone loved him. He had an indescribable quality – sometimes annoying to his family- that charmed EVERYONE. They couldn’t help themselves. He was trusted and trustworthy. His hobby was going to California and playing with his grandbabies. His special skills were dancing, baby charming, confidant, ice breaker, pet whisperer, and line crosser. And friend to all that met him. He was the genuine article.

He will be achingly missed.
Read Less

We encourage you to share your most beloved memories of Albert here, so that the family and other loved ones can always see it. You can upload cherished photographs, or share your favorite stories, and can even comment on those shared by others.

Posted Nov 11, 2019 at 03:09pm
Vicki and family,
I was truly sorry to hear about Al's passing, I couldn't believe what my brother Michael was saying. It wasn't that long ago Al was driving his jammed packed van down the highway with the radio blasting and everyone singing and enjoying the day. I also remember the time the two of you came to Austin on your motorcycle, partied all day and couldn't drive back! That was a cozy night for everyone sleeping in the same room, didn't really enjoy sleeping with my brother... did you ever take the plush robe?
Waking up early the next morning so we could have our free breakfast and critique Michael's presentation, we set him straight. Or how about the time you guys stayed at the Hyatt and Al saved a "little" something for Michael to experience by locking him in the bathroom. I have great memories of our once a year get together in Austin.
Al was a wonderful, fun-loving guy who truly adored his family and friends. My heart and prayers go out the whole family, he will be missed.
God Bless,
Charlotte Cicatello and family
Comment Share
Share via:

Posted Nov 09, 2019 at 04:20pm
I went to Live Oak high school with Albert in Morgan Hill, CA. He was one of the nicest guys around back then and even further proven by the great man he grew up to be. I’m saddened for his family to lose him at such a young age. My thoughts and prayers are with you.
Comment Share
Share via:

Posted Oct 30, 2019 at 03:15pm
We extend our heartfelt condolences on the loss of your beloved Al. He was a delightful and authentic human being whom we were blessed to know and share a few laughs together over the years. May he rest in peace and his legacy continue through the many people, especially his loving family, whose lives he brightened. You're all in our prayers. Jim and Emily Fau
Comment Share
Share via:
J

Posted Oct 29, 2019 at 04:59pm
Our sympathies to Albert's entire family from Johnny Snyder with Dreammaker Bath & Kitchen. We've used ROI several times and they've always done a great job. Great group of guys. So sorry, our prayers are with you.
Comment Share
Share via:
LS

Posted Oct 28, 2019 at 09:49pm
My sympathies go out to Albert’s family. We purchased windows from ROI a few years ago. I liked Albert so much that he come out to my new home recently, to once again replace the windows. The few times I visited with him it was very apparent he wanted the customer happy and would do the job correctly. He talked about his family and some of the things they had accomplished, he was very proud of them all. Albert was a great guy and will be missed.
Comment Share
Share via: 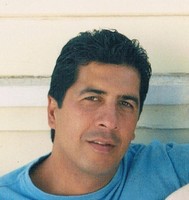